Welcome to the Fort Charles Archaeological Project (FCAP) website. This is a clearinghouse for the four years of research conducted at the site by Edward González-Tennant between 2012 and 2015. Although it is a part of the Nevis Heritage Trail, the site is rarely visited by tourists. You can access an aerial view of the site here. 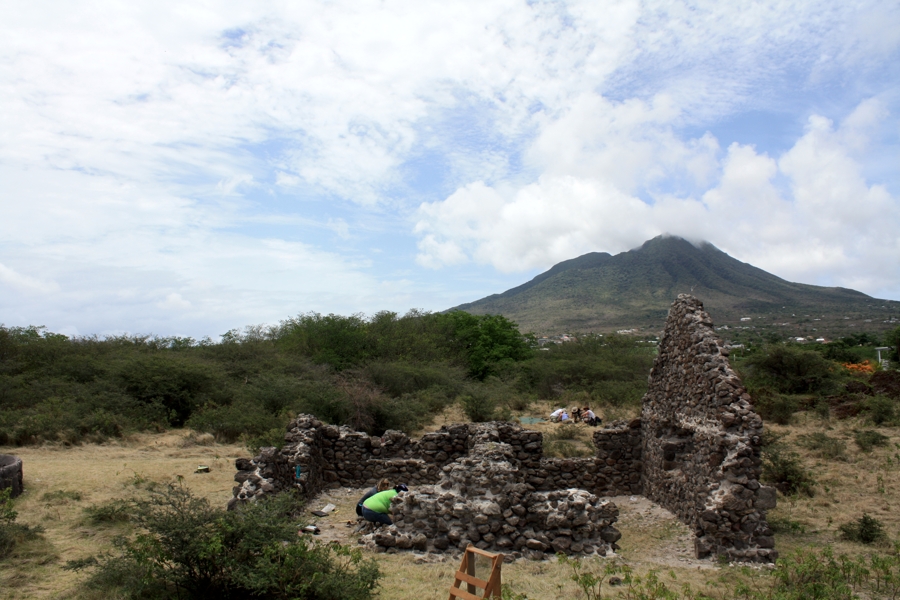 Excavations in and around the guardhouse and armory, with Mt. Nevis in the background (2015).

The site of Fort Charles was first utilized as a defensive position in the 1620s when English settlers unsuccessfully attempted to repel an attack by the Spanish. Over the following years English settlers returned and quickly developed an economically successful colony. By the late 1600s Nevis ranked among the wealthiest of British colonies. Fort Charles remained in use until the 1890s, and it remains one of the earliest and longest-lived British forts constructed in the Caribbean.