Nevis was initially settled by prehistoric peoples migrating from South America more than two thousand years ago, with the greatest Pre-Columbian settlements occurring between A.D. 600 and 1500. While the island was seen by Christopher Columbus in 1493, European colonists did not establish a permanent colony in Nevis until the 1620s. The site of Fort Charles is located approximately ½ mile south of Charlestown and was constructed shortly after initial colonization of Nevis by British citizens. 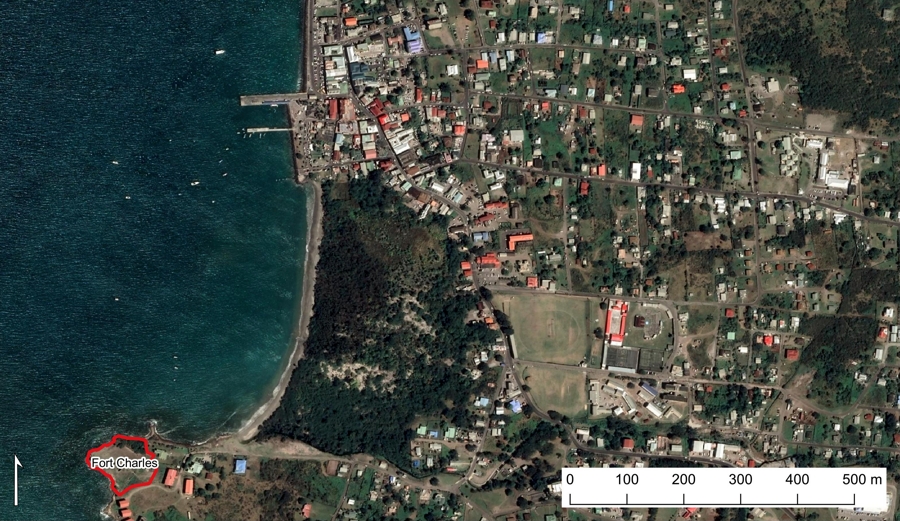 Location of Fort Charles to the southwest of Charlestown, Nevis.

For Charles (aka Charles Fort, Pellican Point Fort) is one of the earliest British forts in the New World. It occupies a central role in the military history of Nevis and has witnessed some of the central conflicts between the English settlers and other colonial nations in Nevis. Sightings and engagements with the Spanish, Dutch, and French have occurred at or near the fort throughout the island’s history. Historical documents record multiple construction phases which increased the size of the fort and reinforced its walls. 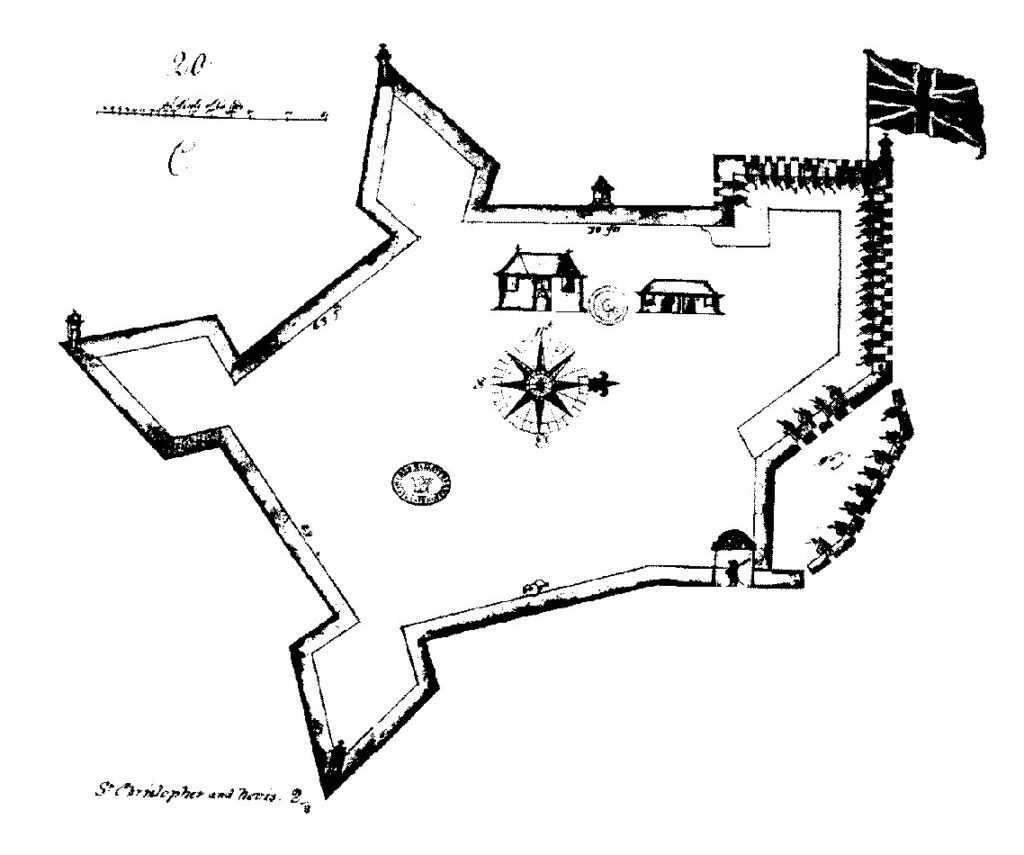 During the 17th century, Fort Charles served as Nevis’s central defensive site. The fort engaged in numerous exchanges during this time and successful repelled the ships of other nations. Plans from the early 1700s document a sizable and well-designed fort (see above). The site remained a well-provisioned fort throughout the 1700s and early 1800s with numerous structural improvements took place at the site during this time. A standing guard of men was initially placed at the fort in the 1600s. This was maintained until the French occupied Nevis between 1782 and 1784. 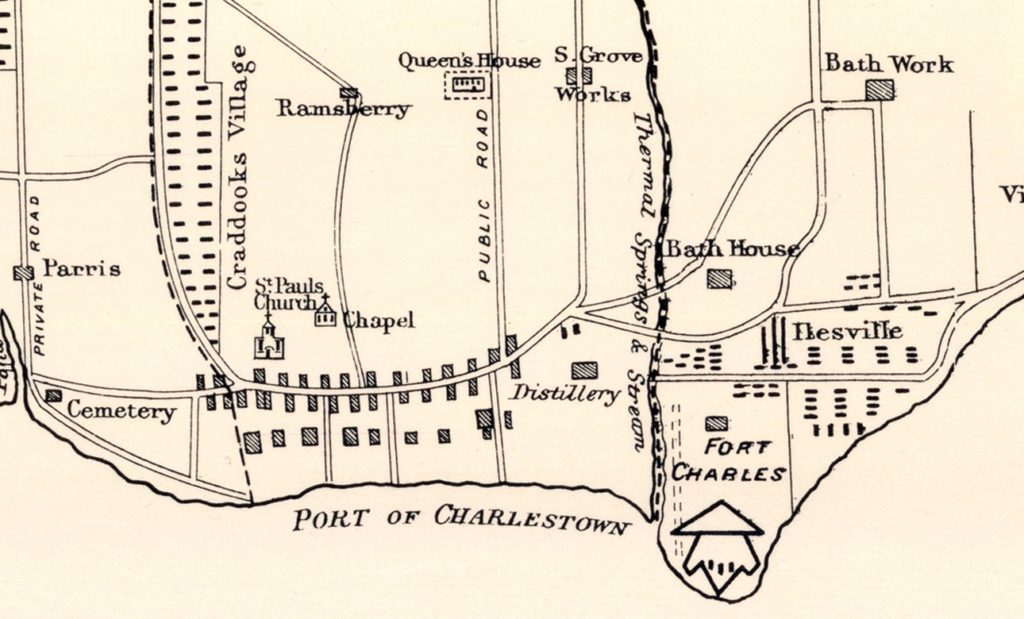 A section of the 1871 Iles map shows Fort Charles in relation to Charlestown.

Historical sources record salary payments to various military personnel until the 1870s, and anecdotal evidence suggests that Fort Charles remained in use until the 1890s as a customs fort.