Surprisingly, Fort Charles has not received substantial archaeological attention before we began exploring the site in 2012. We quickly recognized the site’s value and decided to return for several months over the following three years. 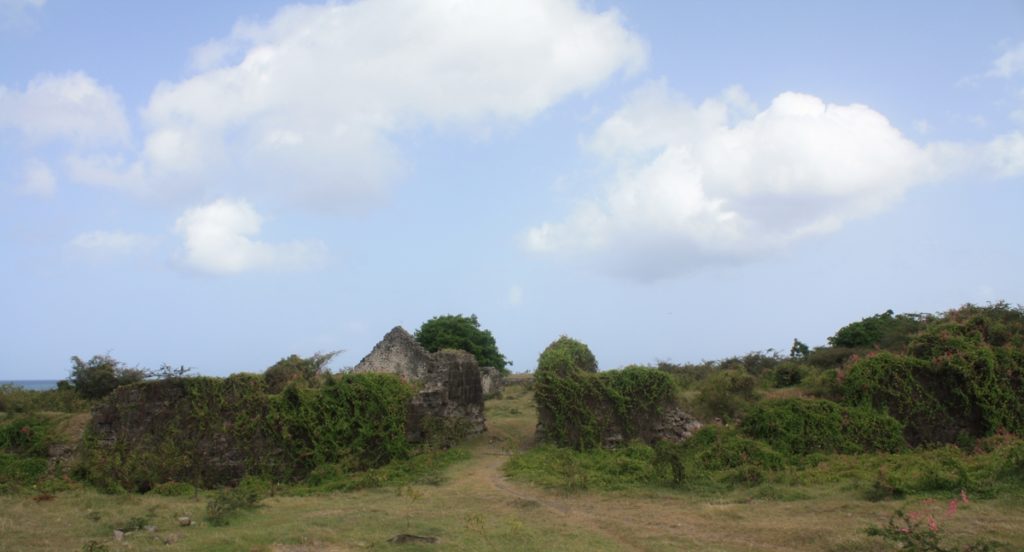 Fieldwork at Fort Charles focuses on three themes. The first seeks to expand our understanding of Caribbean military life during the 17th, 18th, and 19th centuries. A second theme explores the contributions of Afro-Caribbean/Nevisian peoples outside the confines of the plantation, a focus that has dominated Caribbean historical archaeology. Finally, the fort’s rapid deterioration from looting and climate change requires action before valuable information is lost forever. 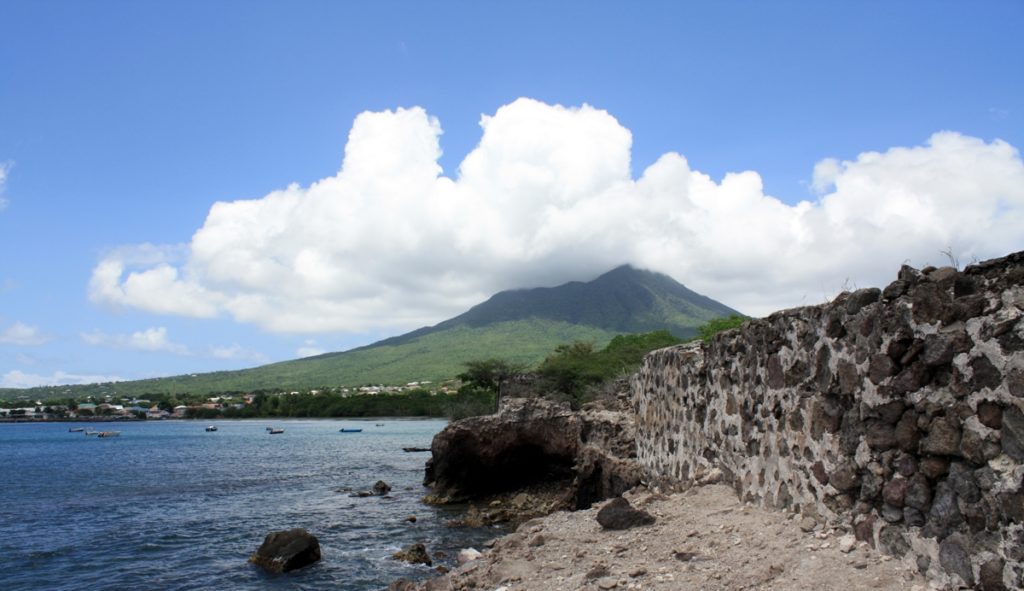 A 2013 view of the north wall of Fort Charles showing undercutting of the supporting rock.

Our excavations at the site centered on visible structures as well as testing other areas of the site. This required substantial clearing of vegetation from the site each year upon arrival. Dozens of excavation units revealed a rich archaeological record with artifacts dating from the mid-1600s through the late-1800s. 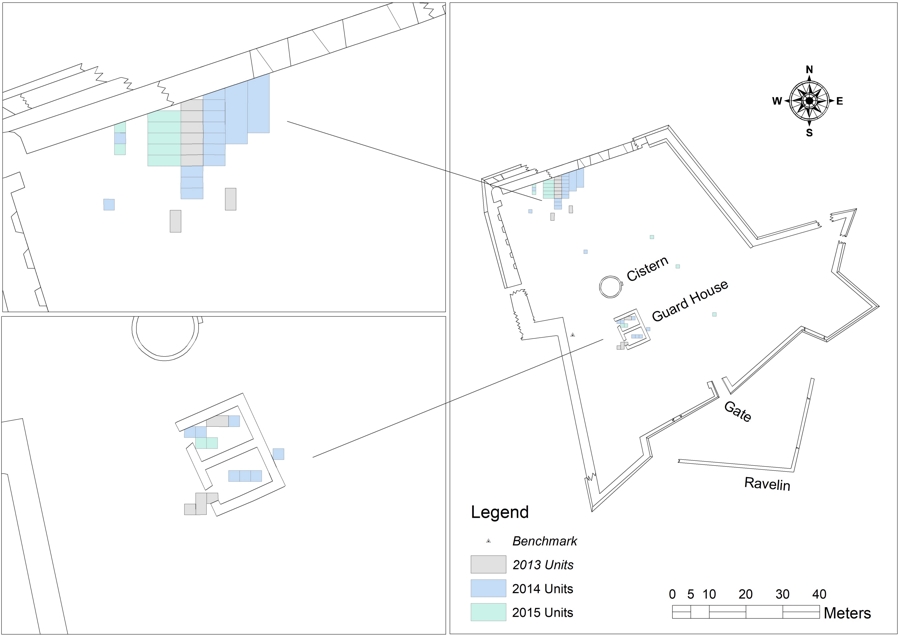 Simple map showing the location of excavations for three seasons between 2013 and 2015. 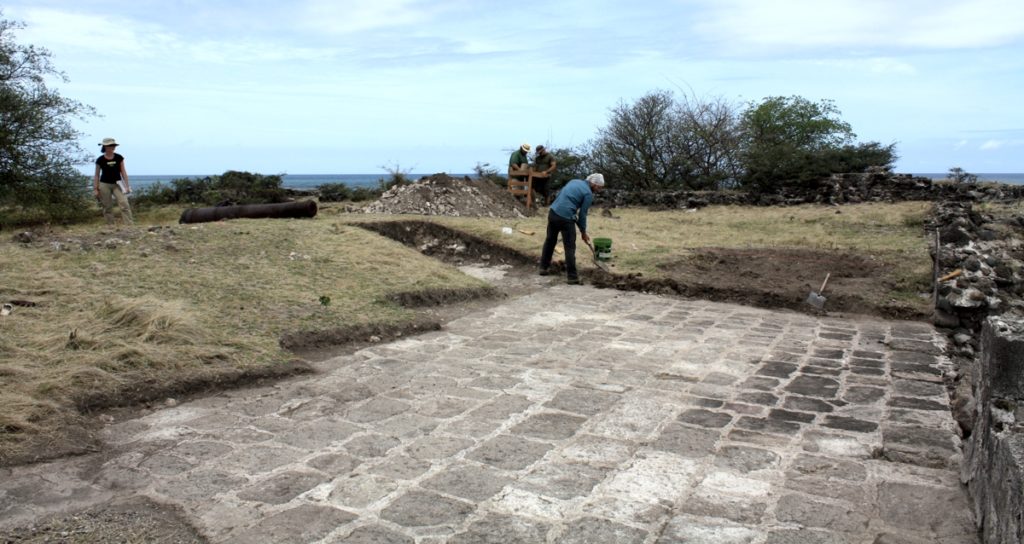 Excavations revealed numerous features, including this course of stones along the fort’s northern wall (2015).

We conducted a range of projects alongside the excavations. These included constructing an accurate contour map of the site, conducting various forms of spatial analysis to understand Nevis’ military landscape, and digitally documenting (3d scanning) several of the architectural features. Read more about these on the Digital Heritage and Geospatial Analysis pages.