The Artifacts of Fort Charles

Analysis of artifacts recovered from Fort Charles is ongoing, delayed in part by Dr. Gonzalez-Tennant’s move to the University of Central Florida. British export and Afro-Caribbean ceramics make up the largest percentage of diagnostic artifacts. This includes 1,004 sherds from the 2013 season and 661 sherds from the 2014 season. The 2015 season is still being analyzed.

A selection of ceramics recovered in the first season (2013).

The full range of British export ceramics and stonewares are present, which is expected given the long-term occupation of Fort Charles. Although Nevis remained a British colony well into the twentieth century there is evidence of trade with the United States in the form of yellow wares and alkaline glazed stonewares. Afro-Nevisian ceramics are one of the most common artifact types, accounting for 49% of the ceramics/pottery assemblage. Most fall into a generic hollowware category (e.g., vessels, pots) but a small number of sherds represent cooking pot, yabba, and griddle vessels. 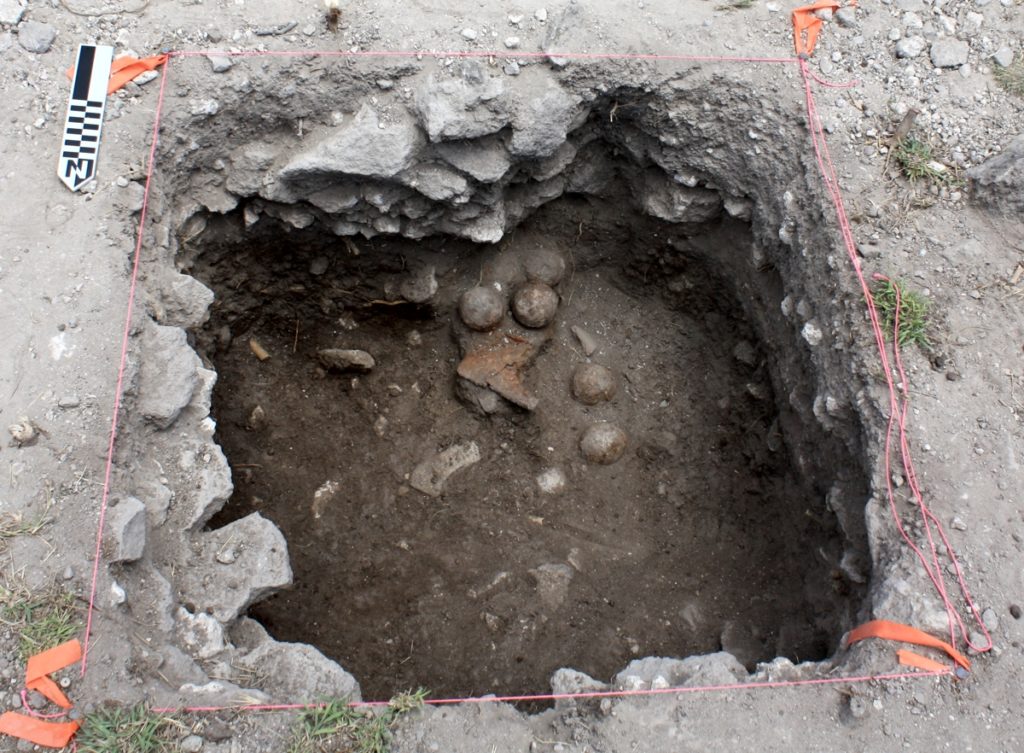 Various munitions and other military objects in situ (2015).

The full range of artifacts are present at the site. Numerous munitions consisting of canon balls, grapeshot, musket balls, rifle parts, and so forth are being analyzed. Hundreds of clay smoking pipe fragments, several gun flints, and even a handful of prehistoric artifacts (see below) round out the collection.

The artifacts from Fort Charles are typical of a colonial British military site. In the coming years we will conclude our analysis of the artifacts, which will likely form the basis for a book on the site.